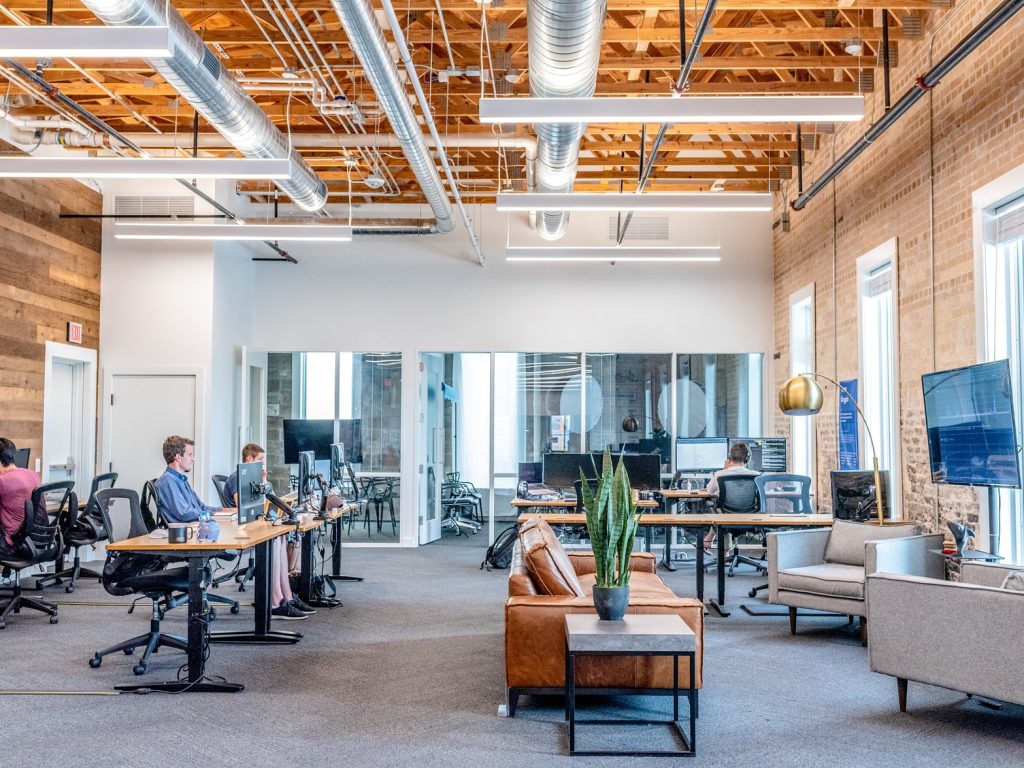 Contemporary office spaces are becoming more popular, with a focus on increasing workplace productivity and creativity. In modern business, the physical workspace arguably plays just as important of a role in shaping the organizational culture as the people do. However, office designs were not always as glamorous as they are today.

The first dedicated office buildings were created all the way back in the 18th century. In London circa 1726, the first office building was built to handle the abundance of Royal Navy paperwork and provide a meeting space. Afterwards, the idea became popular and many new office spaces began popping up around London.

Fast forward to the 20th century, when more modern, open office spaces were created. The typical office design featured rows and rows of desks with many workers tightly packed together. The desks were surrounded by the managers’ offices so that they could easily observe the workers. At the same time, the first large skyscrapers were built in U.S. and U.K. cities due to the invention of electric lighting, air conditioning, and the telegraph system. Skyscrapers paved the way for an exciting new era of office design.

As these large commercial buildings were built, workplaces became more spacious and tended to consist of open workspaces with individual offices and sometimes even kitchens. In the early 60’s, offices started to be designed with employee collaboration in mind. This style featured desks setup close together so that teams could interact more efficiently. In contrast, office spaces with private cubicles subsequently became popular with companies who did not value team collaboration as much.

As technology has grown, so has office design. Offices today are meant to break the mold, with a focus on mobility, bright colors, comfort, and leisure. The permanency of offices has also changed. Today, many people work from home or have shorter leases on office spaces.

Barrister Executive Suites offers the exceptional service, flexibility, and convenience that their tenants need to run their businesses successfully. Contact us today to learn about our affordable virtual office packages, full-time offices, and conference room rentals.